Shinojima, A Small Island with a Big Role in History and Culture

Shinojima is a small island in the Ise Bay famed for its swimming beaches, seafood, great fishing, and is listed among Japan’s Top 100 Famous Sunset Viewing Spots. 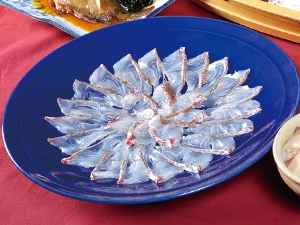 Just 50 minutes by train and a 25 minute boat ride from Nagoya, it is where the currents of the Ise and Mikawa Bays mix, making the area especially rich fishing grounds. Aichi Prefecture, in particular Shinojima, boasts the largest catch of the delicacy Torafugu, Tiger Blowfish. Because of this, the fugu (blowfish) were often sent to Shimonoseki in Yamaguchi Prefecture, an area renown for its fugu, and then re-sold as Shimonoseki fugu!

Shinojima is also famous for it’s traditional Onbe-Tai, or Red Sea Bream Dedication Festival. Three times a year, for nearly 2,000 years, the island has prepared and dedicated 508 salted sea bream of a specific size annually. The legend goes that the daughter of Emperor Suinin, Princess Yamatohime no Mikoto, the founder of Ise Shrine, enjoyed the prepared sea bream so much, that she decreed Shinojima to be the sole source of the auspicious fish to be dedicated. 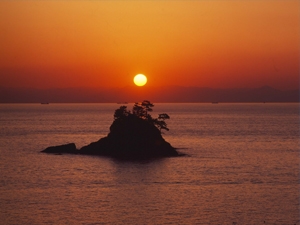 Every 20 years the Great Shrine of Ise performs a ritual whereby the main shrines’ halls are completely rebuilt. The timbers from the old, retired shrines are not wasted. In fact, they’re shipped to Shinojima, where they are reconstructed as the new buildings for the islands’ Shinmei Shrine. The old timbers for the previous Shinmei Shrine are then sent to the island’s Hachioji Shrine, whose existing shine is also recycled, a tradition dating back thousands of years. Incidentally, Shinmei Shrine is considered female, while Hachioji is a male shrine. Once a year, the male spirit of Hachioji pays a visit to Shinmei, and on that night, all the lights on the island are extinguished. Romantic, don’t you think?

Shinojima is mentioned in the Manyoshu, a revered collection of ancient Waka poems compiled around 759. Records discovered in the remains of the ancient capital, Heijokyo in Nara mention the island paying tribute to the Emperors with gifts including dried shark.

The island is small, with only six kilometers of shoreline. One rocky shoreline is marked with gouges where rock was quarried from Shinojima around 1610 to be used in Nagoya Castle’s stonework. The famed warrior and castle architect Kato Kiyomasa lead 20 daimyo (warlords) in cutting the rocks, leaving the visible gouges. One particularly large rock, found to be too big and heavy to transport, is known as “Kiyomasa no Makuraishi”, or Kiyomasa’s pillow stone.

Shinojima has a great story to tell. It has fishing, bathing, great seafood, romance, sightseeing attractions and so much more. It is a small island, but big on history and culture. 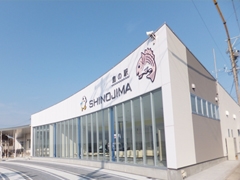 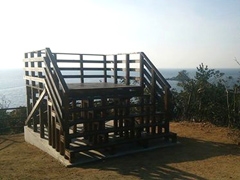 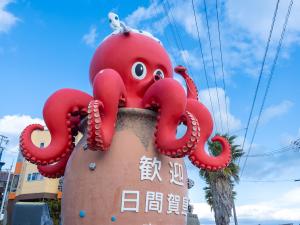 Himakajima Island
If you're a Beatles fan, you'll know the song Octopus' Garden. It could well be that the B... 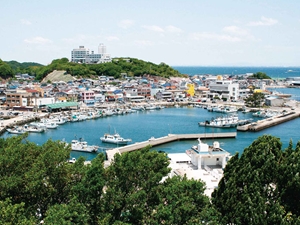 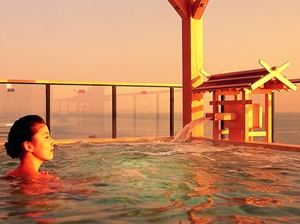 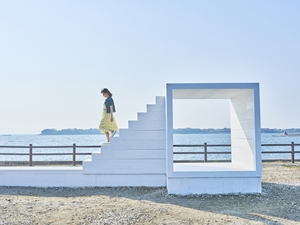 Sakushima Island
When looking for some peace and quiet, many head for the nearest art gallery. When you're ... 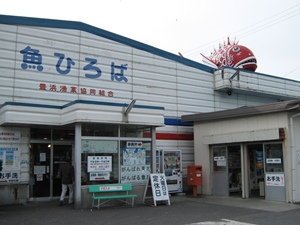 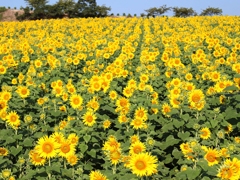 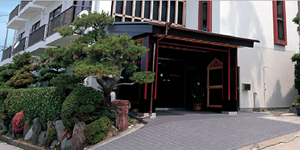