An old-fashioned shopping street at the heart of Nagoya

The famous Endoji Shotengai Shopping Gallery began as the district that formed when merchants gathered at the front of Chokyosan Endoji Temple's gate when it was built, sometime around the year 1612. At these fast times when skyscrapers and modern highways are built all around its vicinity, this picturesque place retains its old charm and nostalgic atmosphere, seemingly oblivious to the fast-paced world outside. Once counted among Nagoya City's Three Largest Merchant Districts, its influence may have diminished, but the ability to welcome clients and make them enjoy a relaxing, entertaining or fulfilling stay, definitely did not. If anything, it may have grown stronger.

People who are wise in old Japanese lore already know that by the end of the 14th century, the land where Nagoya now lies upon was territory of the Oda Clan, which had some minor castles and villages spread around and believed to be only sparsely populated. By order of Tokugawa Ieyasu in 1609, the entire castle town of Kiyosu, at that time among the largest settlements in the country, was moved to the current Nagoya due to concerns about warfare strategy and natural disasters, in what is called "Kiyosu-Goshi", or "The Great Kiyosu Move", that took place from 1612 to 1616. The location chosen for constructing the new Nagoya Castle was the site of old Nagoya Castle (then written with different kanji characters), which had been abandoned by the Oda Clan some decades earlier circa 1555. So Endoji's history begins at the same time as of the city's itself, making it the oldest retailer's district in the city.

Fast forward to 18th century, as Nagoya expands its network of tramways, which began as horse-pulled carriages, the shopping street is right in middle where everybody must pass by to get to one side of the city to the other, taking Endoji to one of its most prosperous times. Upon termination of the streetcars services in the late 60's, its popularity diminished as it no longer was a place for vital transit. Then the elevated highway came up, ripping it apart right in the middle and casting a permanent shadow over it that robs a great deal of its brightness. Afterwards, the subway appeared from underground and took people far and faster, taking away Endoji even from their sights. It all pushed Endoji farther back to the background of the city's history.

But alas, the people of Endoji is a hardened, tough breed that never gives up. As of recently, the place is seeing great numbers of new young tenants arrive, roll their sleeves up, and help to keep the writing of its tale. With that comes events and promotions that, in turn, attract a new kind of clientele, maybe blissfully ignorant of its deep history, but nonetheless eager to find new things to spend their money on. It all keeps Endoji's "Old Town" spirit alive, interesting and exciting.

At the easternmost section of the street you can find the Endoji Temple of the district's namesake - pronunciation is the same, but written in different kanji characters. Its neighbor to the east is Keieiji Temple. A short walk southwards takes you to the preserved district of Shikemichi, with centuries-old warehouses of fire-proof plaster walls, common-roofed houses "Nagaya", some still featuring the Yanegami, a kind of mini-shrine atop the buildings, all the way to Asama Shrine, which in the past was Sengen Shrine, almost at the feet of the towering Nagoya International Center building.

Every year in July the place hosts the Tanabata Festival, organized jointly by the merchants and the temples. However, this is but the most famous event, with several others held throughout the year. 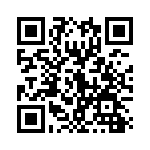 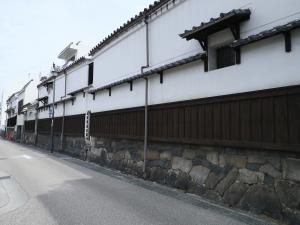 Shikemichi Old Town Preservation District
Distant just a short walk to the northeast from Nagoya Station lies one of the oldest shop... 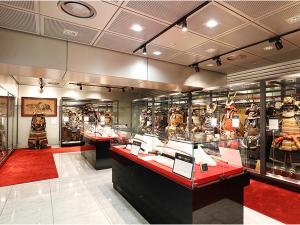 Touken World Nagoya Marunouchi
Even in photographs, it’s rare to see images of Japanese swords, and there are many subtle... 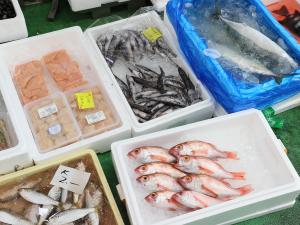 Yanagibashi Central Market
When it comes to Tokyo’s Tsukiji Market (now Toyosu Market), you most likely think of a th... 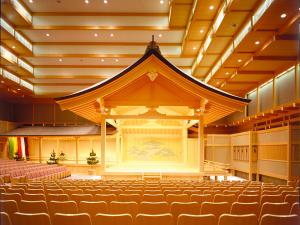 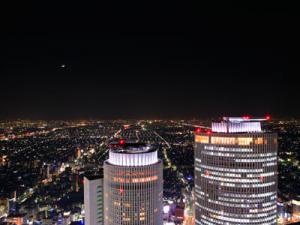 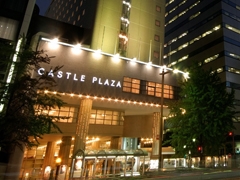