The 2022 Shitaragahara Battlefield Festival will consist of memorial ceremony for related personnel only and hence closed to the public.

A festival honoring the resting souls of "Sengoku," the Warring States period

Known as the battle that first saw the massive use of matchlock muskets in Japan, the Battle of Nagashino took place on these plains, called Shitaragahara, on June 29th, 1575. At this historically important place, every year the Shitaragahara Preservation Council holds a re-enactment featuring elementary and junior high school students of the region, all of them wearing samurai armor and seeking to accurately dramatize the happenings of that pivotal day in the country's history.

* The information below is the content of the 2019 event.

Festival of the Shitaragahara Decisive Battle 2019 - Order of the Day: 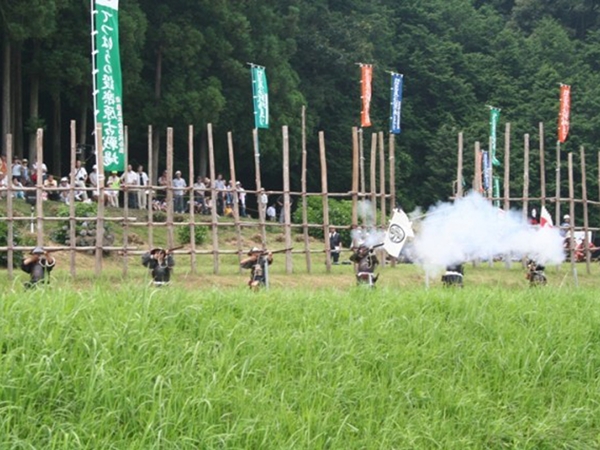 11:00 AM
3) Procession with Elementary and Junior High School Students
• From the museum to the “babosaku” horse-stopping palisades
• Using hand-made samurai armor and weapon props 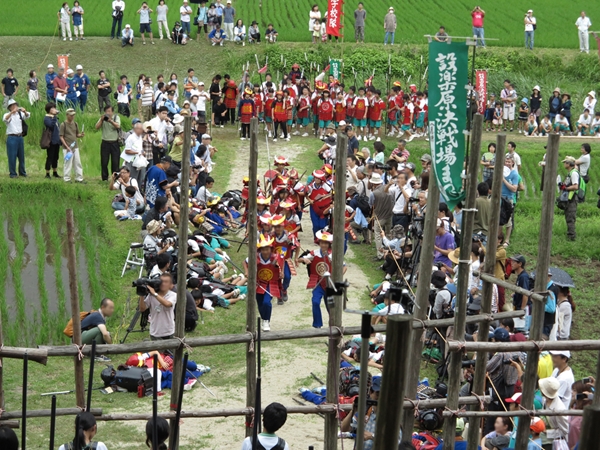