The magnificent temple of the once powerful Owari Tokugawa clan!

Built in the 17th century in the outskirts of downtown Nagoya City, this spectacular temple is the largest wooden structure in the city, with several of the time-surviving original structures permanently open for visitation!

The 9th son of Tokugawa Ieyasu, Tokugawa Yoshinao, was the lord of Nagoya Castle and, upon his death in 1650, his son Mitsutomo had Kenchuji Temple built in his honor. It then became the Owari Tokugawa clan’s Family Temple, and holds enshrined the following generations of Tokugawas. Currently the area of the temple encompasses a wide area of about 33,000 square meters, but it is believed that originally the whole temple premises were a mind-blowing 165,000 square meters! In fact, the “Somon” Main Gate itself sits at the Kenchuji Park, south of the temple, which illustrates the majesty of the original area. The space now holds the park, 4 schools, 2 kindergartens, the Higashi-Ward Office, a Police Station and a Fire Department, not to mention a myriad of residential and commercial buildings. Talk about large!

Rebuilt, but still a priceless heritage

In the year 1785 a great fire broke off at the district of Ozone, further northeast from Nagoya Castle. In an unfortunate chain of events, a “futon” mattress in flames was blown by the wind and landed on the roof of the main temple building, initiating a fire that reduced it to ashes. Only the “Somon” Main Gate and the “Sanmon” third gates escaped the disaster and are standing to this day. Great efforts were dispensed to rebuild it by the end of the 18th century. The Sanmon remains as one of the original structures from 1651 and one of the major attraction of the temple.

Providence or miracle, it is amazing all the same

During the fire incident, the main statue of Amida Buddha was hurriedly taken from the burning temple and also was saved. Nowadays it decorates the Main Prayer Hall at the succeeding Main Temple, which at 27m wide and 25m deep, totaling a 700 square meters of tiled roof, makes for the largest such wooden structure within city borders. Aichi Prefecture appointed many of the constructions as Tangible Cultural Heritage, including the Main Gate, Third Gate and the Tokugawa Clan Mausoleum.

A visit to Kenchuji is interesting... and fun!

At several columns around the structure it is possible to spot some curious forms carved in the wood, which attest to the ingenuity and irreverence of the carpenters of old: leaf forms, a cluster of grapes, even a bat, and others. While touring around check those out! 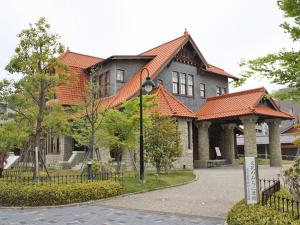 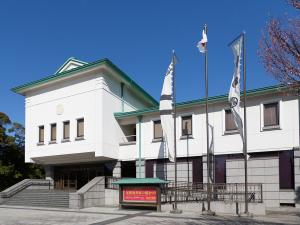 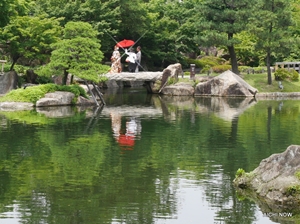 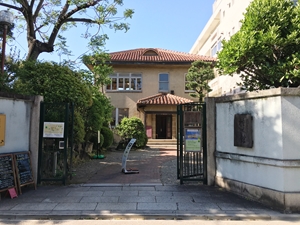 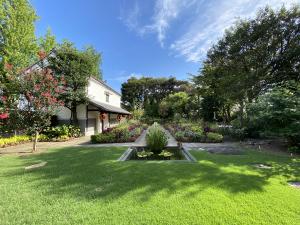