Starting with the old bank, which was built in 1900 and has a modern exterior of white window frames in black plaster, early modern buildings in Nagahama City's Motohama-Town have been renovated to form Kurokabe Square, becoming glass workshops, art galleries, restaurants, cafes and the like. As many as 29 such premises have been opened to date. Various hands-on experiences related to glass art are available, such as glassblowing and making glass beads, stained glass and music boxes.

Lake Biwa, Japan’s largest lake, occupies approximately one-sixth of the prefecture's area, and is a place dotted with rare scenery, such as Shirahige Shrine, which has a torii gate that floats on the lake, and Ukimido Temple, the enshrinement hall of which does the same. You can enjoy "suigo meguri," water channel boat tours which cruise the waterways in the city of Omihachiman.

Also, this land has been a major traffic point since ancient times and flourished as a place with an advanced culture and economy. There are many popular sights, such as Hikone Castle, a famous castle designated as a national treasure, Hieizan Enryakuji Temple, which was founded in 788, and Eigenji and Kongorinji Temples, famous for their red autumn leaves. Koka is home to the Koka Ninja, and also has Koka Ninja Village, a theme park where you can enjoy getting into the ninja mood. 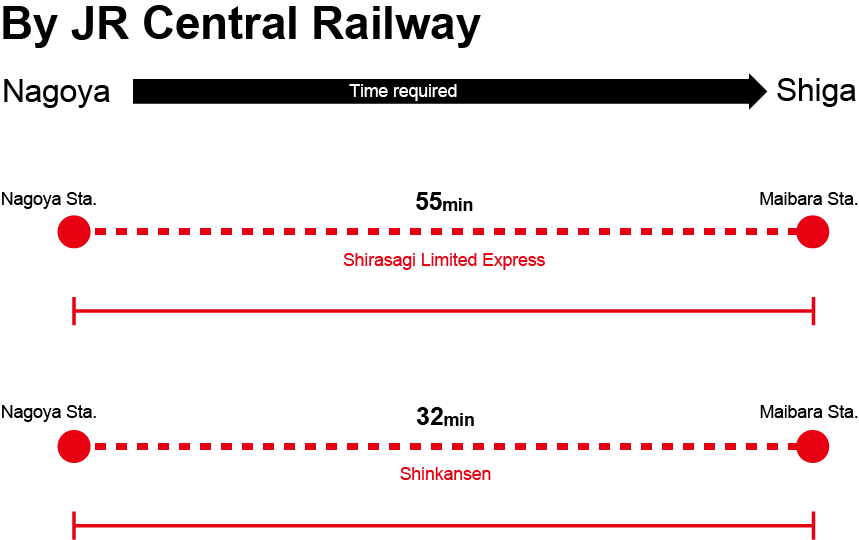