The ancient castle town of Inuyama just north of Nagoya must be the only place in the world featuring two National Treasures, once owned by two brothers from two different worlds.

Inuyama is home to National Treasure Inuyama Castle, once owned by the warlord Oda Nobunaga. Nearby is the Jo-an Teahouse, an early 17th century teahouse, built by tea-master Oda Uraku, younger brother of Nobunaga. Considered a masterpiece of architecture, the Jo-an Teahouse was originally built in 1618 in the grounds of the Kennin-ji, a temple in Kyoto. It was relocated to Tokyo and later Kanagawa before finally coming to Inuyama in 1972, where it became part of the Urakuen gardens (also spelled Uraku) east of National Treasure Inuyama Castle.

The small teahouse was designated a National Treasure in 1951 and is one of Japan’s three finest teahouses. Simple in its design in accordance with Tea Ceremony rules, it has a low, wooden shingle capped roof covering soft-yellowed walls of wattle and daub clay covered bamboo lattices. The samurai would remove their swords and leave them on the rack outside. (The shorter wakizashi swords would be worn at all times.) Crawling into the main room through the Nijiriguchi, a tiny door to remind them they are entering a simpler world, they would then sit on their folded legs in the furniture bare tea room measuring just two and a half tatami mats in size. Meanwhile the master would prepare the tea in the three mat Mizuya room. A fine example of a special kind of window, known as an Uraku-mado, featuring a closely fitted “mat” of bamboo can also be seen here. 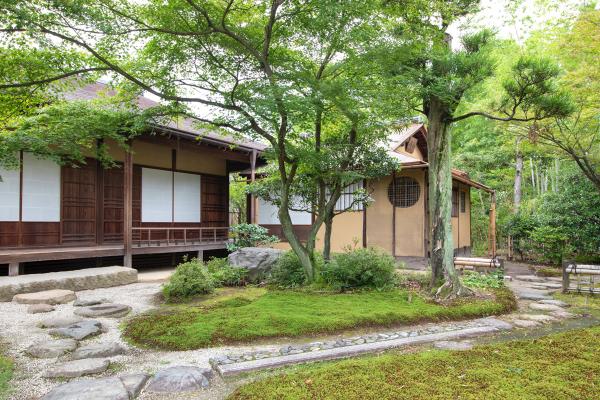 Not only Jo-an Teahouse, but also the Important Cultural Property Shodenin Study, the Gen-an Teahouse reconstructed from old drawings, and the Ko-an Teahouse which was newly built in order to hold tea ceremonies within the garden are all wonderfully atmospheric!
Ko-an Teahouse's stone water basin (a classic element of Japanese gardens) is a suikinkutsu, which produces an elegant sound as water drips into an underground earthenware jar. Listening to this distinctive sound is another enjoyable aspect of the garden. 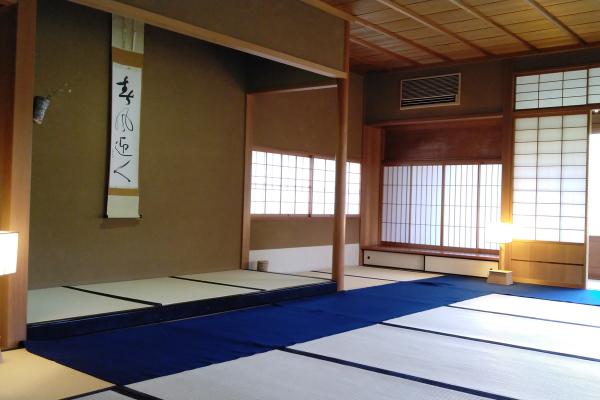 A popular activity here is having tea at Ko-an Teahouse.
You can drink matcha green tea out of bowls fired in Inuyama and taste a one-of-a-kind Japanese sweet called Urakufu while enjoying the beautiful garden scenery. 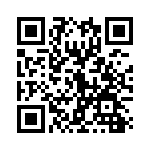 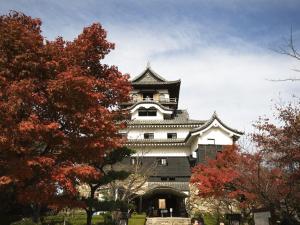 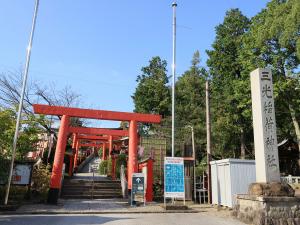 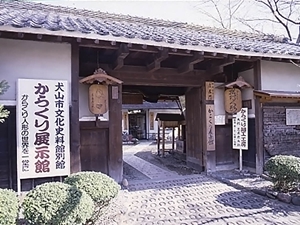 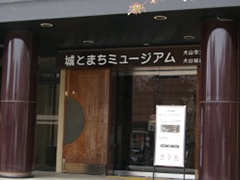 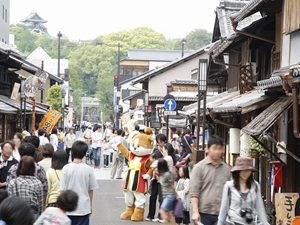 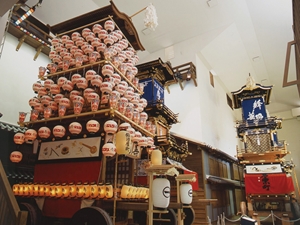