Japanese people believes that the “Inari Okami” spirit, that rules over foxes and fertility, among other elements, has the ability to assume the form of a fox. Since fried tofu is attributed to be the preferred food of Japanese foxes, “inari-zushi” roll, a small rice cake wrapped by the bag-like fried tofu, gained much popularity starting with the shops that sold them around the Inari Shrines, so devotees could offer them at the temples. It’s form, like the pointed ears of a fox, reinforced that belief. With a history of about 200 years, this veritable snack-like dish, once called “Shinoda-Sushi”, allegedly after a store that made them, is now widely available in the country, owning also to the fact that shrines dedicated to Inari Okami are the vast majority of Shinto buildings in Japan.

Enter the city of Toyokawa. Located in the eastern Aichi, it is home to one of the 3 most influential structures dedicated to Inari Okami, despite it being Buddhist and currently having no institutional relation to Shinto. This peculiarity depicts the sometimes blurred division between the two faiths, made visible at features of the temple such as the “torii” gates and the “kannon” veneration image, associated with the Inari Okami. Such facts are sufficient to rank Toyokawa as one of the supposed birthplaces of this delicacy now known as “inari-zushi”.

But, as many food things in Aichi, the Toyokawa people decided to improve on an already successful recipe, and got it right. Organizing themselves in order to promote and advertise their sushi variation, baptized as “Toyokawa Inari-zushi”, this major push resulted in simply irresistible variations of inari-zushi. Nowadays, over 90 stores throughout the city prepare and sell countless varieties of it, born out of additions to the rice, modifications to the seasoning, changes to the cooking methods, or adding creative toppings made from myriads of interesting, already famous, and tasty ingredients, such as the locally produced “unagi” eel, or the “miso” sauce pork cutlets.

While strolling around Toyokawa, keep an eye open for the shops, as there are plenty of them, and find your personal choice! 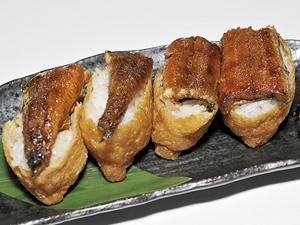 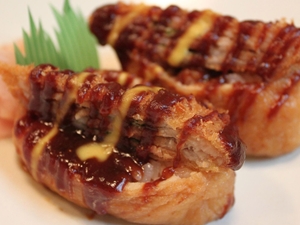 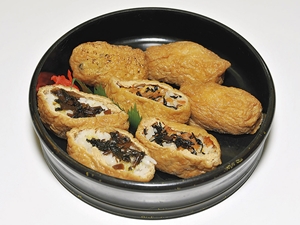 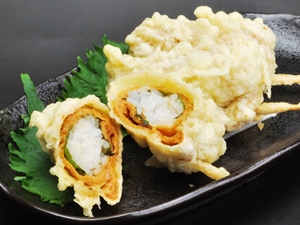 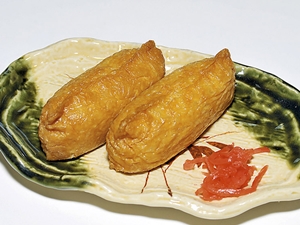 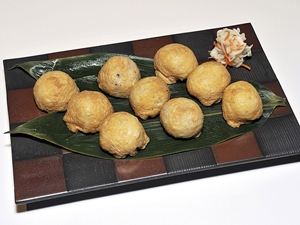 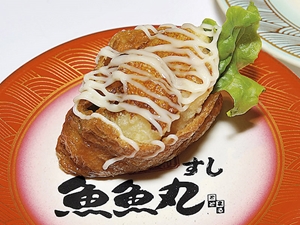 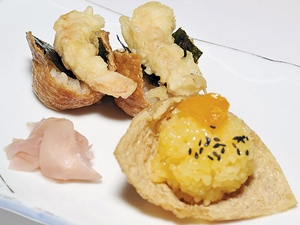 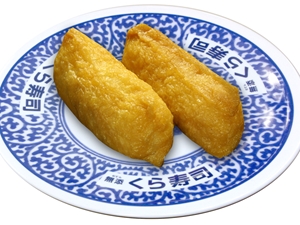 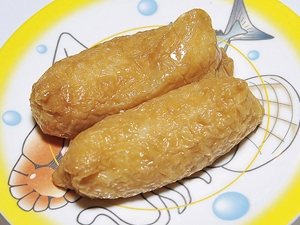 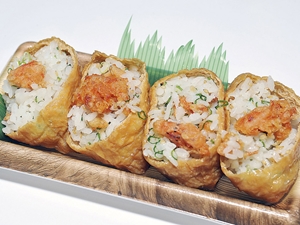 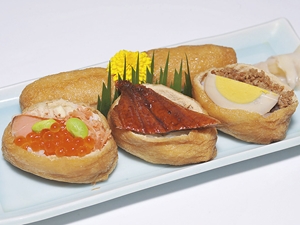 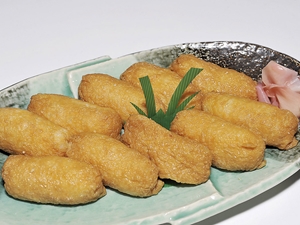 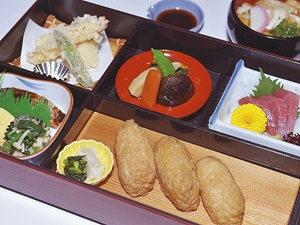 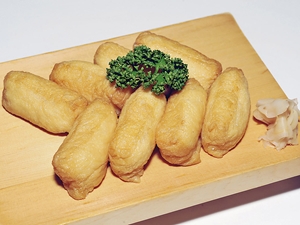