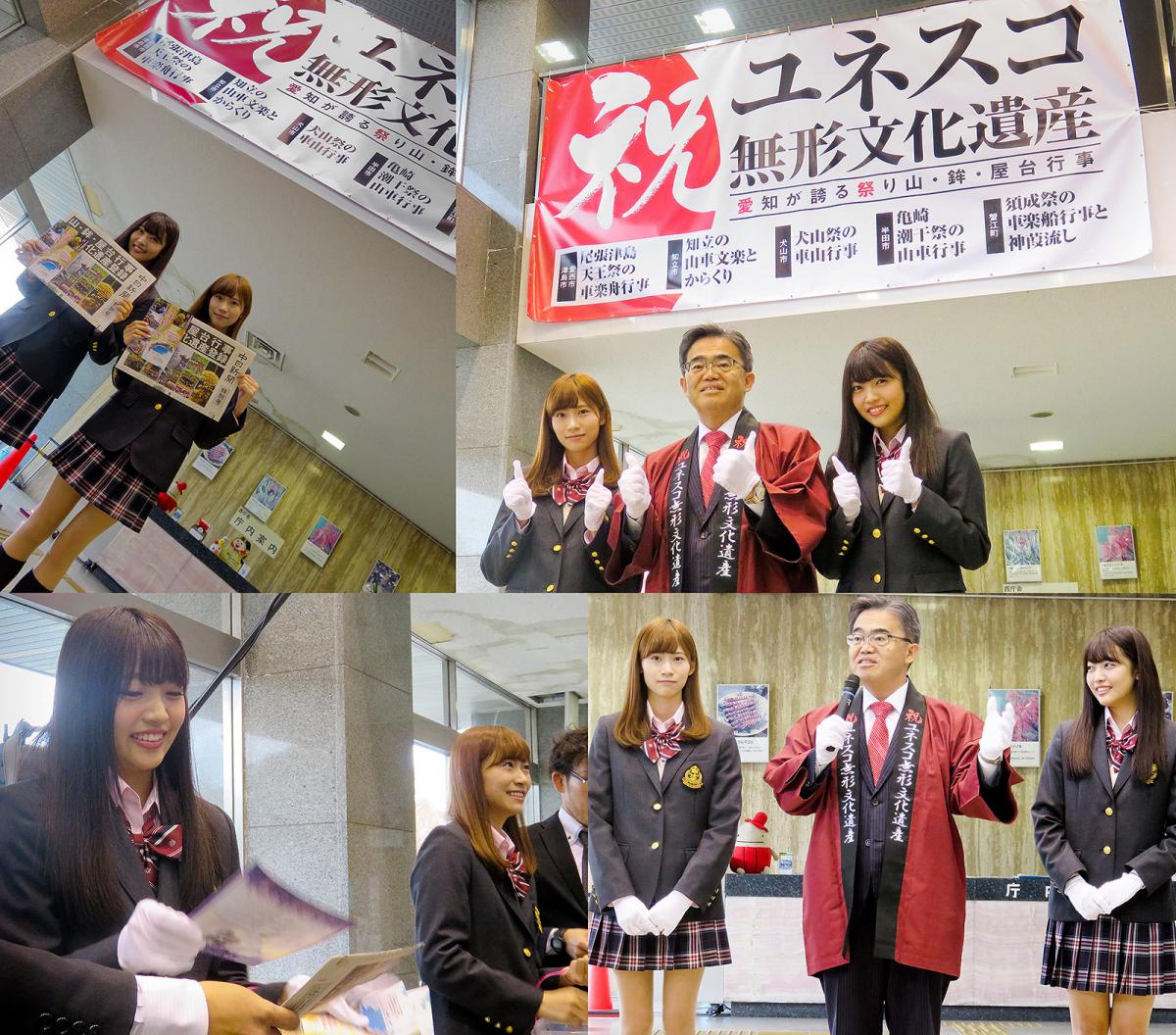 Nagoya, 2016/12/1 - Aichi Governor Hideaki Omura, together with Misses Risako Goto and Haruka Futamura, both members of Nagoya-based pop group SKE48, unveiled a banner commemorating the addition of five traditional festivals of the prefecture to Unesco’s Representative List of Intangible Cultural Heritage. The unveiling was part of a brief ceremony held today at Nagoya City Hall’s East Building, which was attended by also official authorities of several sectors of the government.
Aichi is the home to five of the 33 Traditional Japanese festivals that compose the new entry to the heritage list. This entry was officially approved yesterday (11/30) by the Intergovernmental Committee for the Safeguarding of the Intangible Cultural Heritage during the Eleventh Session held in Addis Ababa, Ethiopia.
Most festivals among 18 Japanese prefectures
The 5 festivals resulted in Aichi Prefecture leading the list ahead of other 17 prefectures. Similar to the other festivals, the Aichi festivals feature floats or boats decorated with skillfully crafted wooden carvings, metalwork plating, lacquered parts and dyed or embroidered fabric panels, with preparations and procedures involving the entire communities of their origins.