Journey to the Locations in "A Whisker Away," an Animated Film Based in Tokoname | AichiNow-OFFICIAL SITE FOR TOURISM AICHI

Go on a Photo Trip to the Locations in "A Whisker Away"!

Studio Colorido's Japanese animated feature film "A Whisker Away" was released worldwide exclusively on Netflix from Thursday, June 18th, 2020. A girl with a secret she can't tell anyone goes through turbulent emotions in this story of self-discovery. The setting for the story is along the Pottery Footpath in Aichi Prefecture's Tokoname-City. Visit Tokoname and see the spots that appear in the movie! 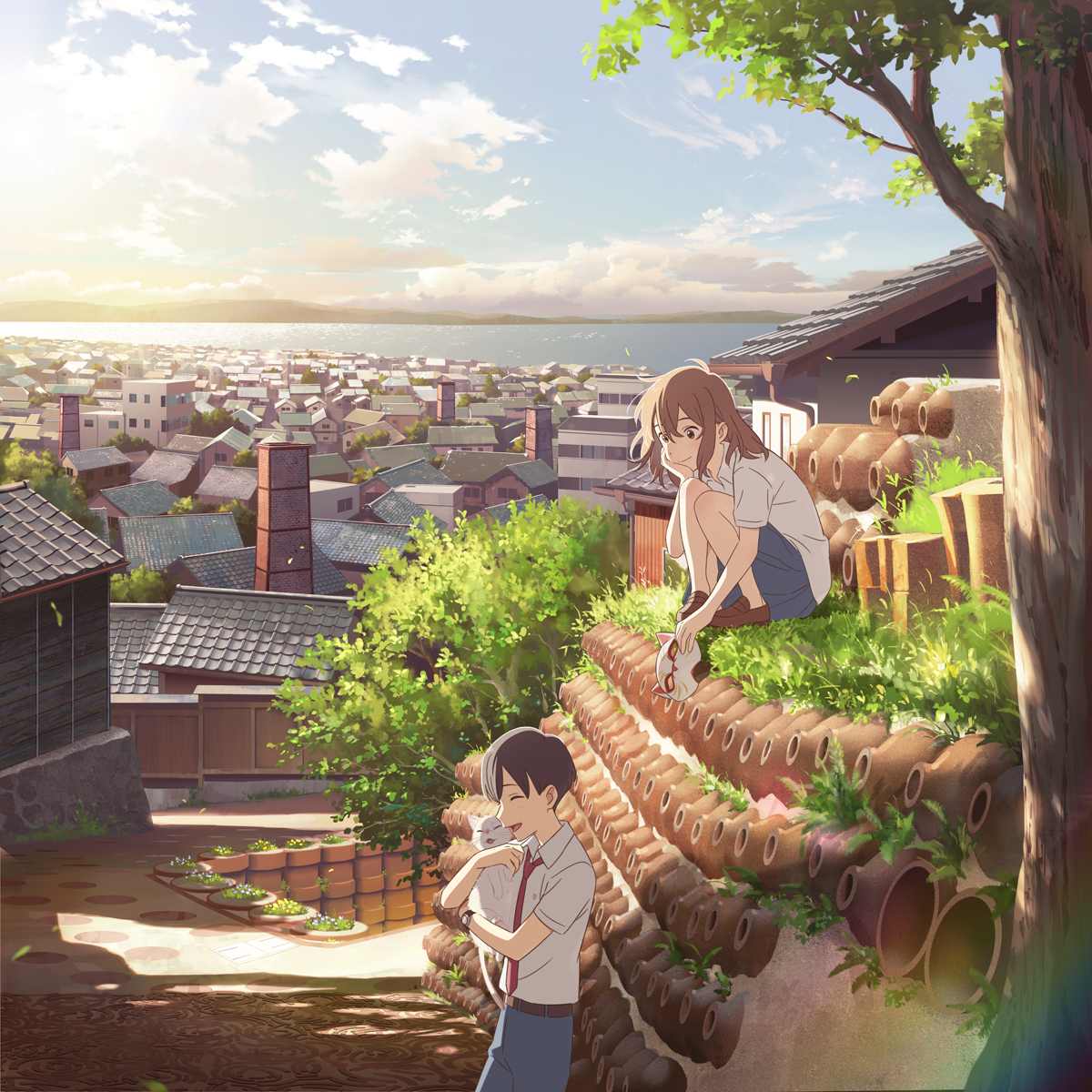 Sasaki Miyo is a bright and cheerful girl in her second year of junior high school. Startling those around her with her inability to read between the lines, her classmates have nicknamed her “Muge” (an acronym for “Miss Ultra Gaga and Enigmatic”). In reality, Muge is aware of her surroundings and spends her days suppressing her emotions.
Deeply infatuated with her classmate Hinode Kento, Muge’s bold actions every day fail to reach him. Refusing to get discouraged, Muge has a secret she can’t tell anyone...
Muge is able to transform into a cat in order to meet with her crush.
When she’s human he keeps his distance, but when in cat form the two become closer. However, the longer she spends as a cat, the more the boundary between herself and the cat starts to blur.
Who will be there to support you? Once the two realize what’s most important, their world begins to change.

Pottery Footpath in Tokoname-City, Aichi Prefecture as the Movie's Setting 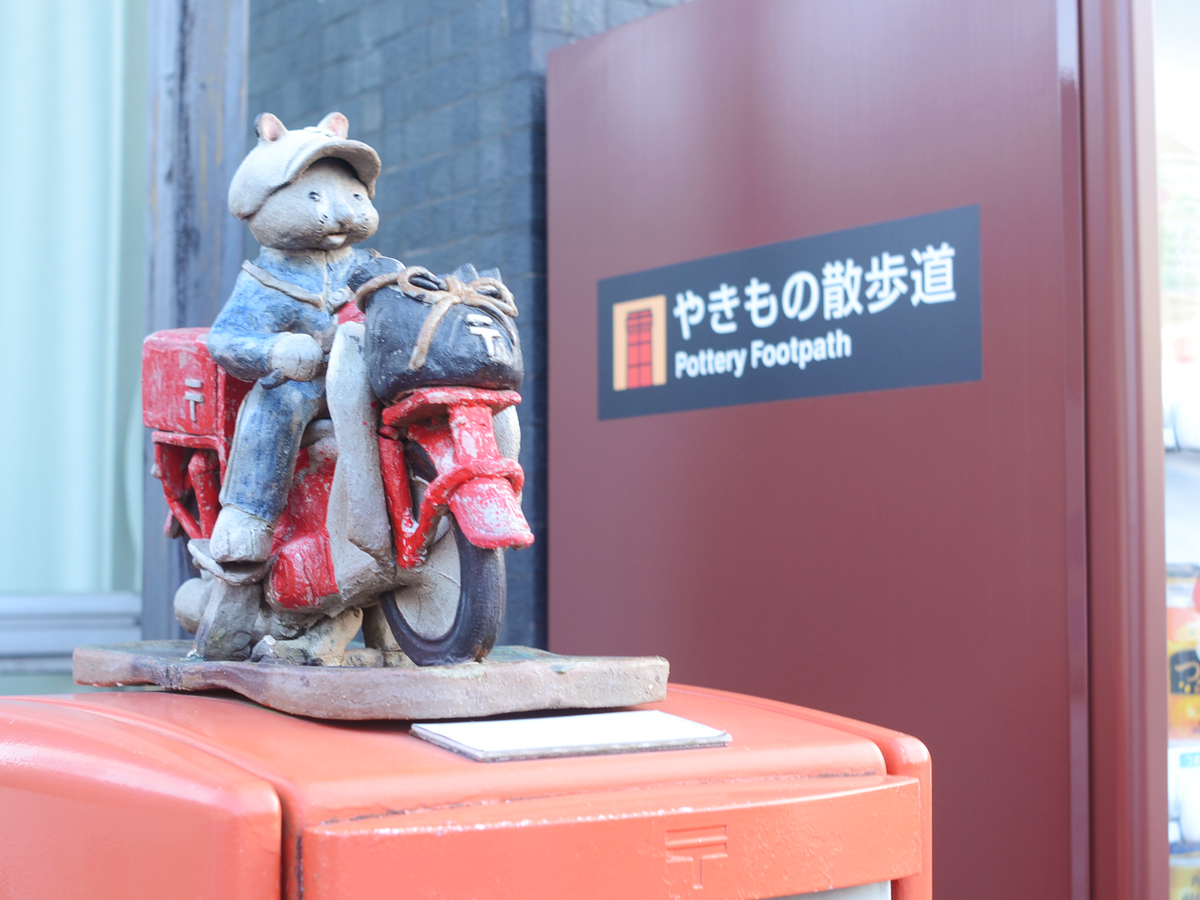 Tokoname-City is famous for traditional Tokoname ware, also known as Tokoname-yaki.
During the heyday of Tokoname-yaki in the early Showa era, Japan's industry prospered with the production of not only teapots and bowls but also earthenware pots, shochu bottles, bricks, tiles, and so on. The atmosphere of that time still exists in the many chimneys, kilns, and factories that remain to this day.
The area has become widely popular not only with pottery enthusiasts, but also photography lovers and others searching for old-looking buildings or picturesque scenery. 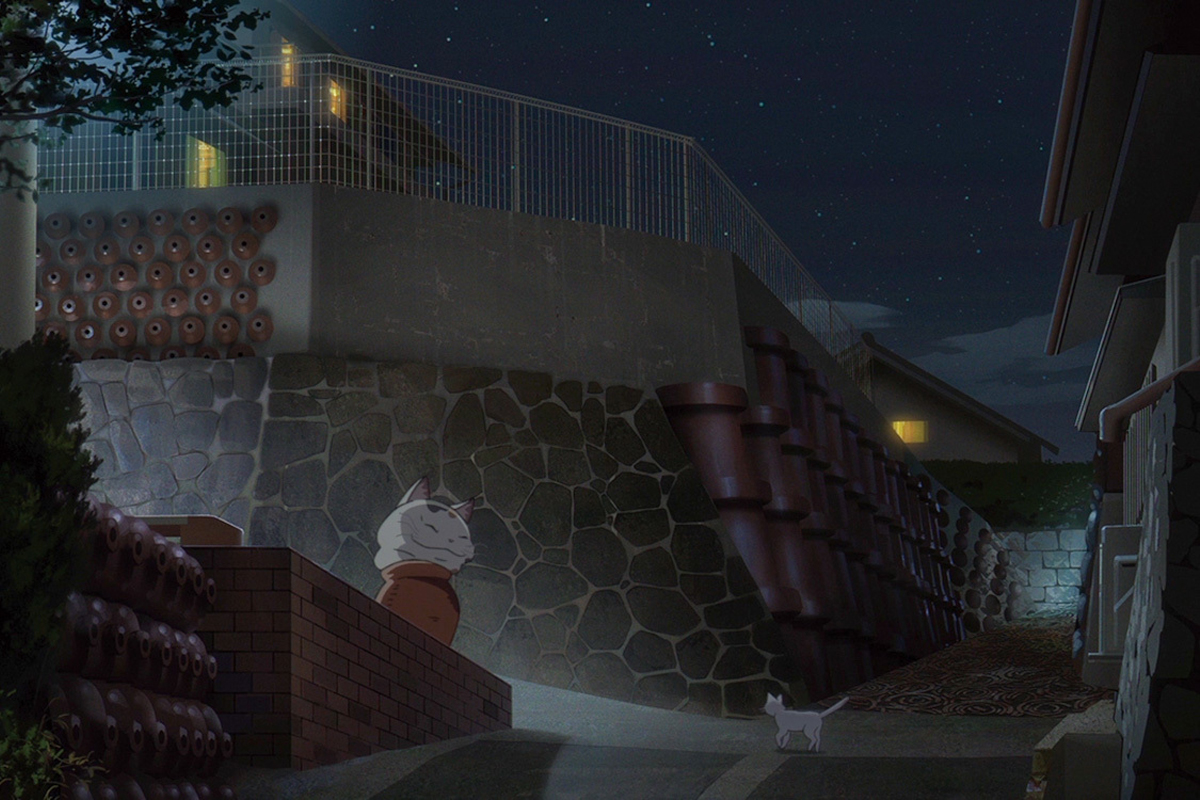 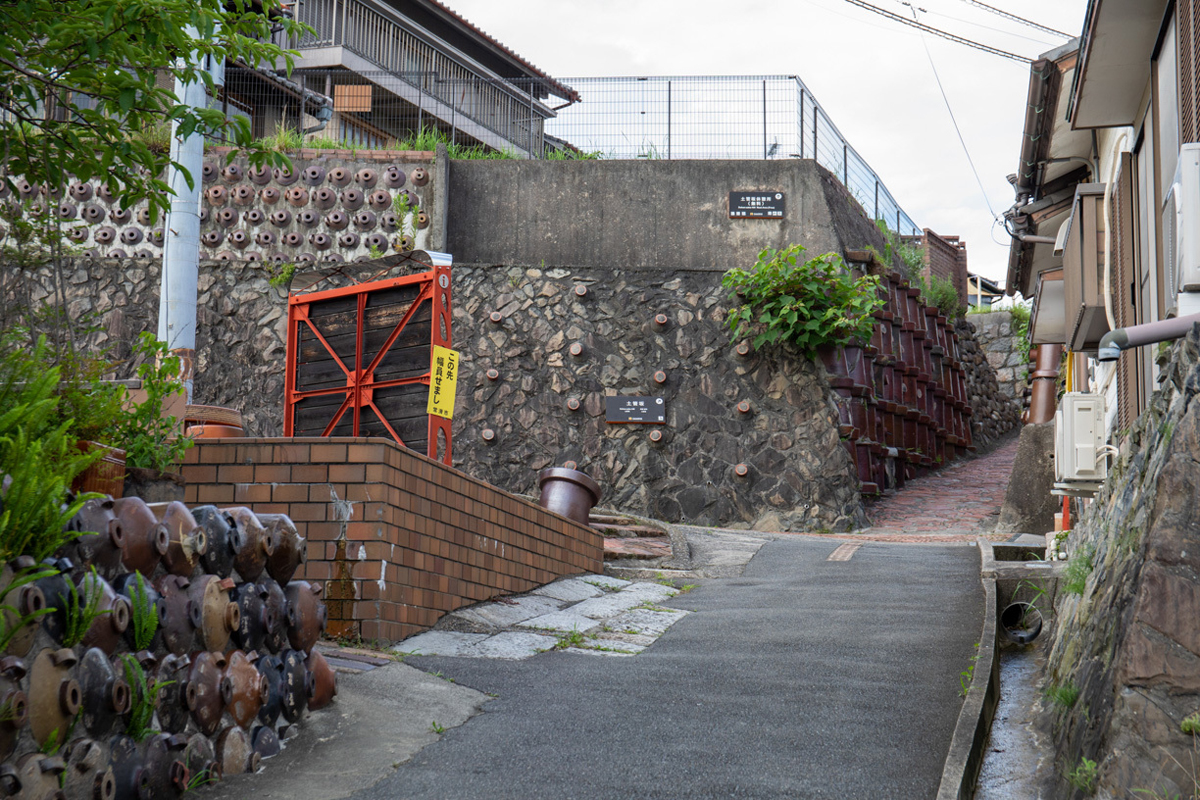 Clay Pipe Hill, or Dokanzaka, is one of the Pottery Footpath's representative sights. Clay pipes from the Meiji period and shochu bottles from the early Showa period densely cover both walls of the hill, while baking stands used when firing the pipes are embedded in the ground, designed to make it easier to walk without slipping. 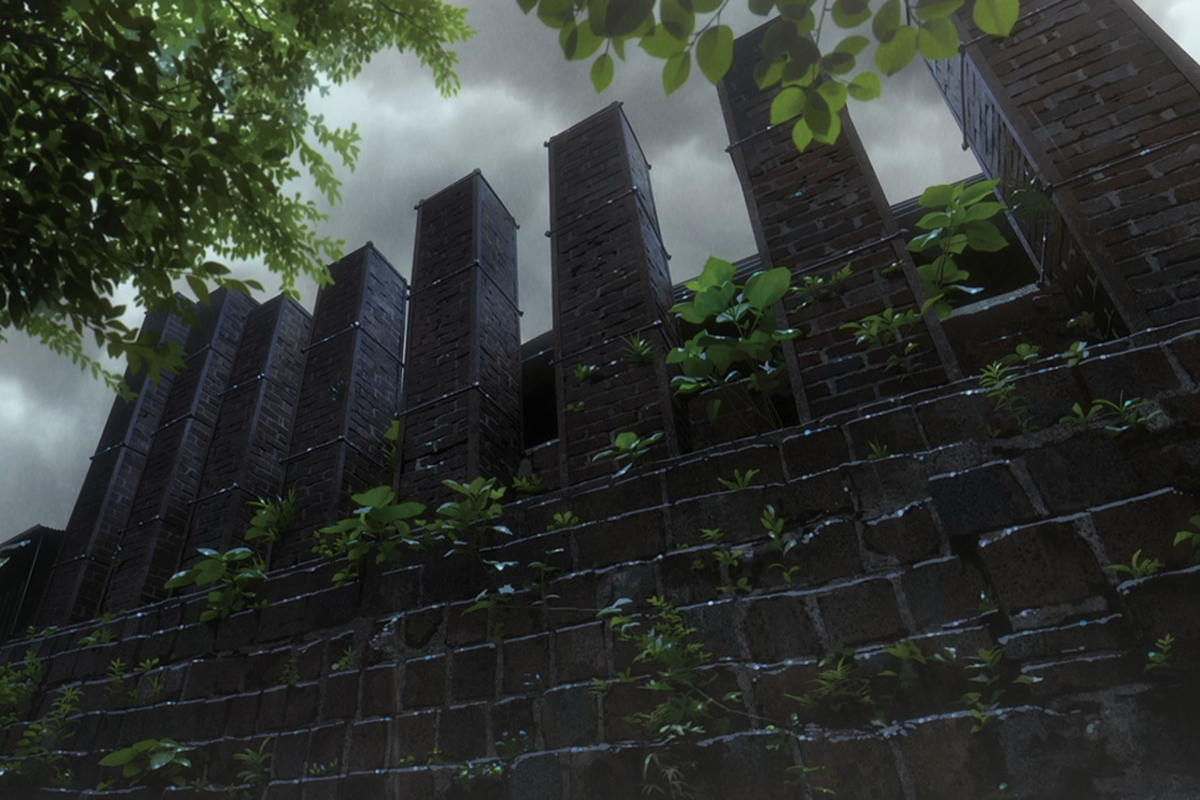 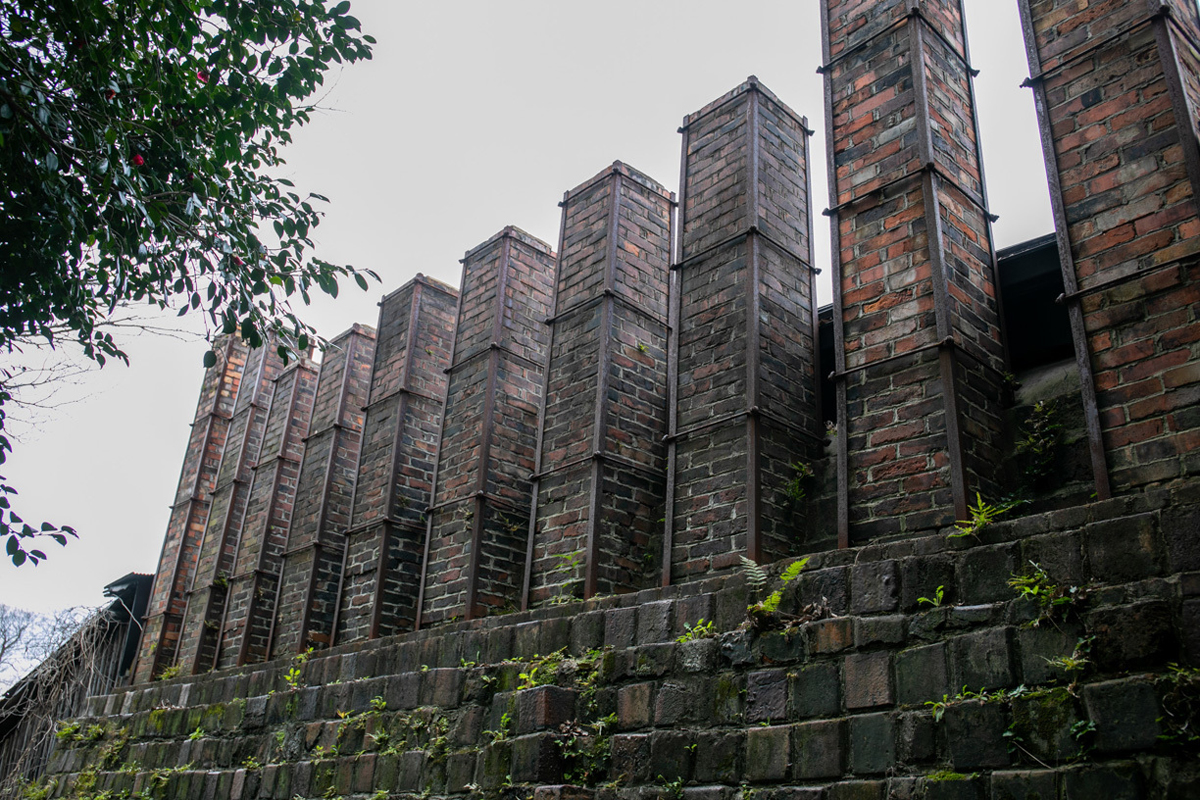 Climbing Kiln, or Nobori-gama, is a Heritage of Industrial Modernization.
In operation from 1887 to 1974, it is the largest existing climbing kiln in Japan. It's also possible to see the inside of the kiln. 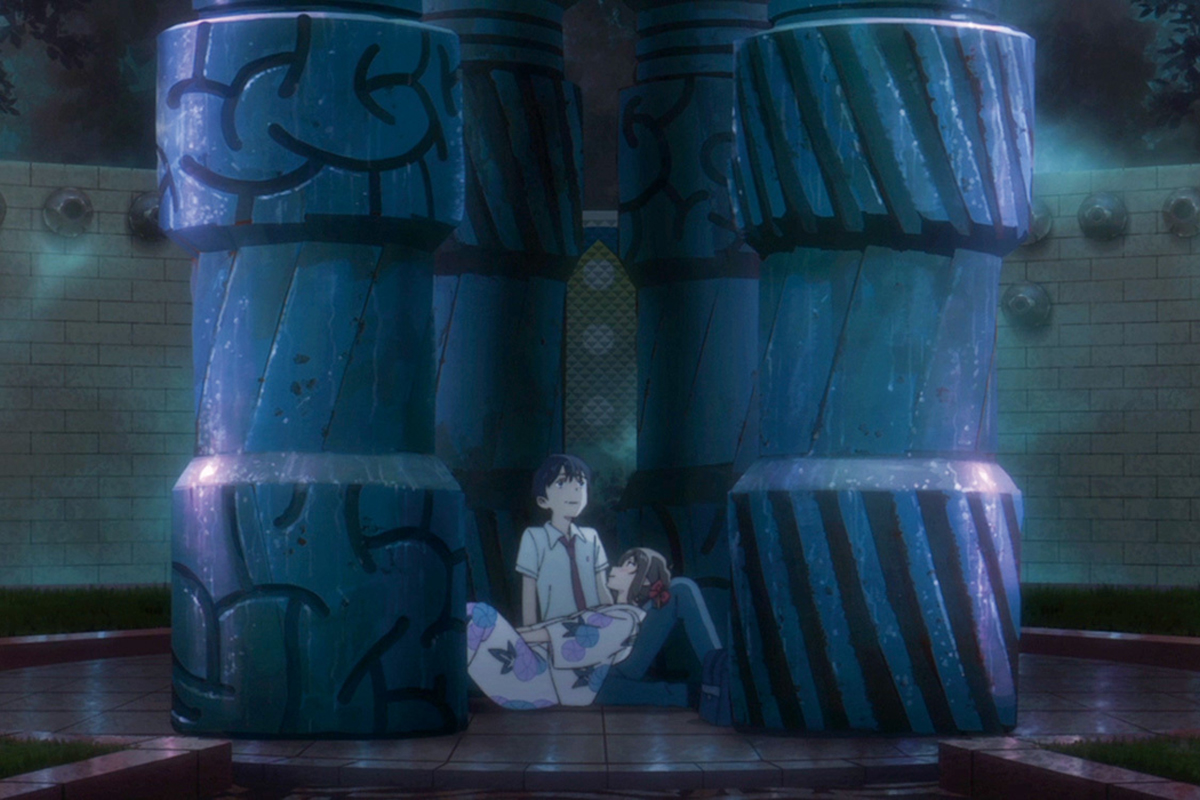 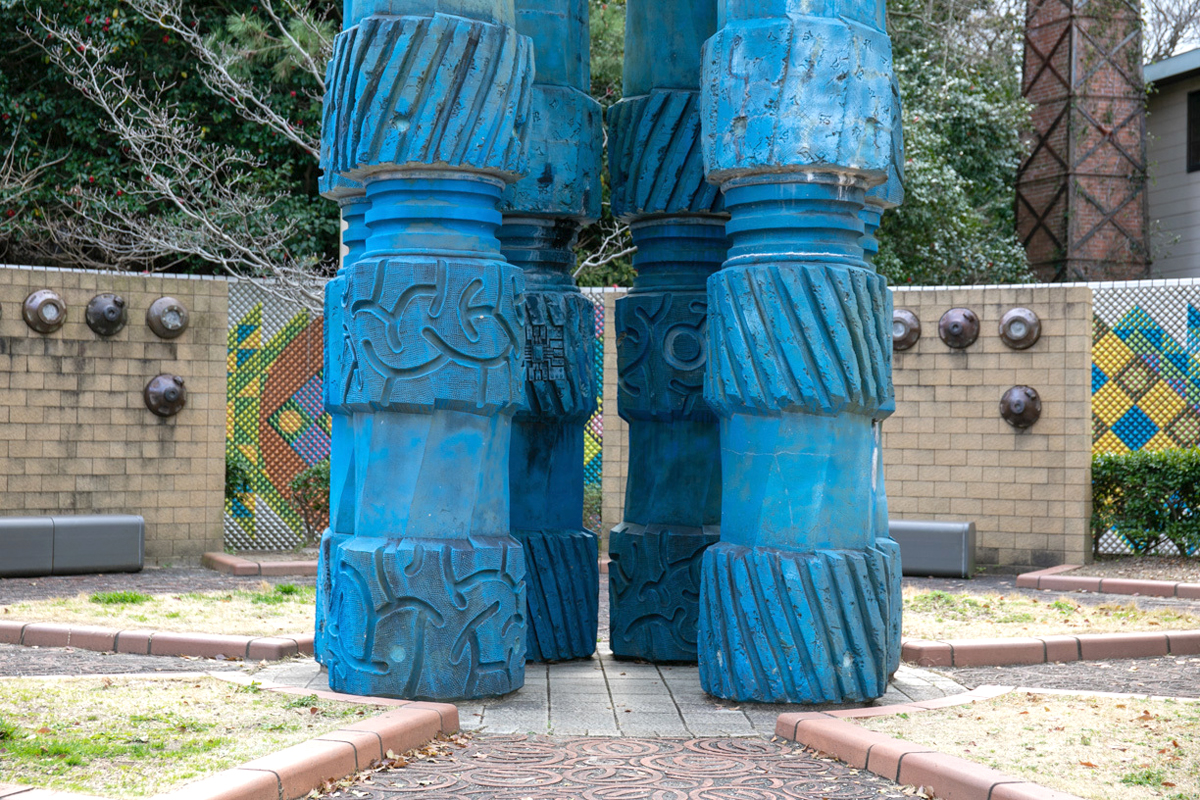 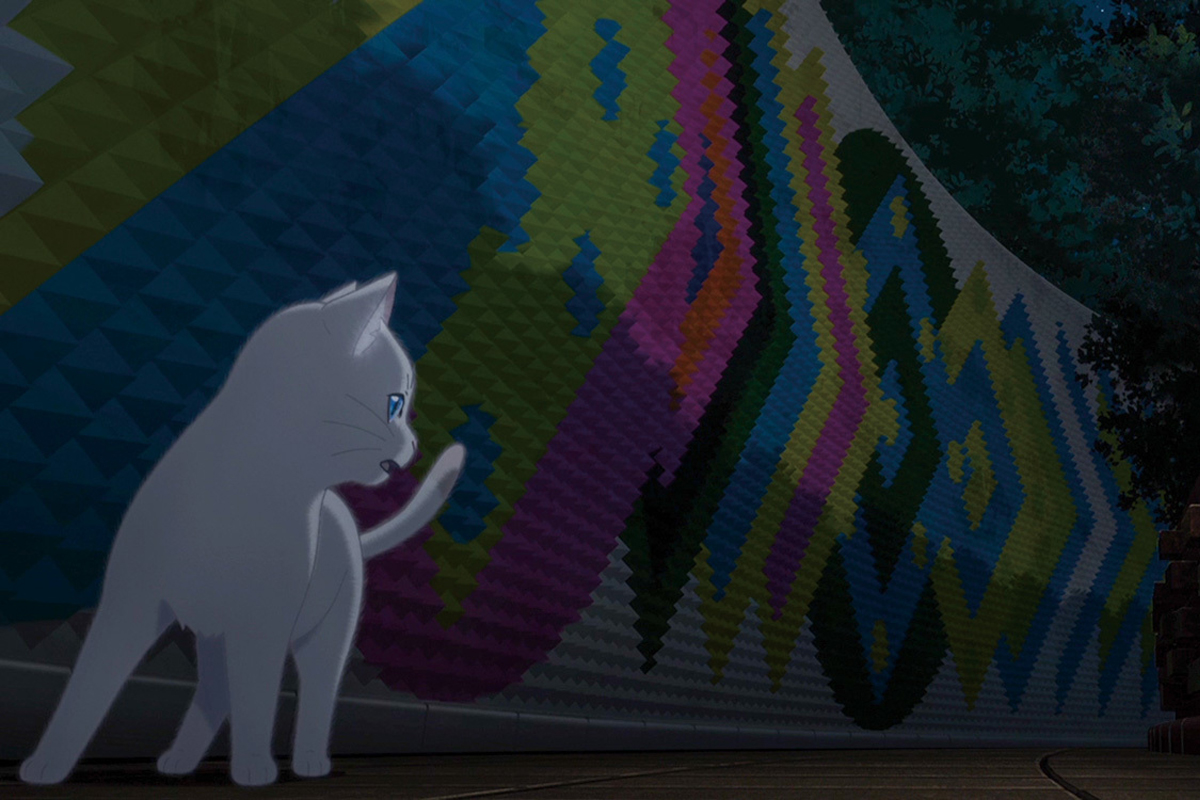 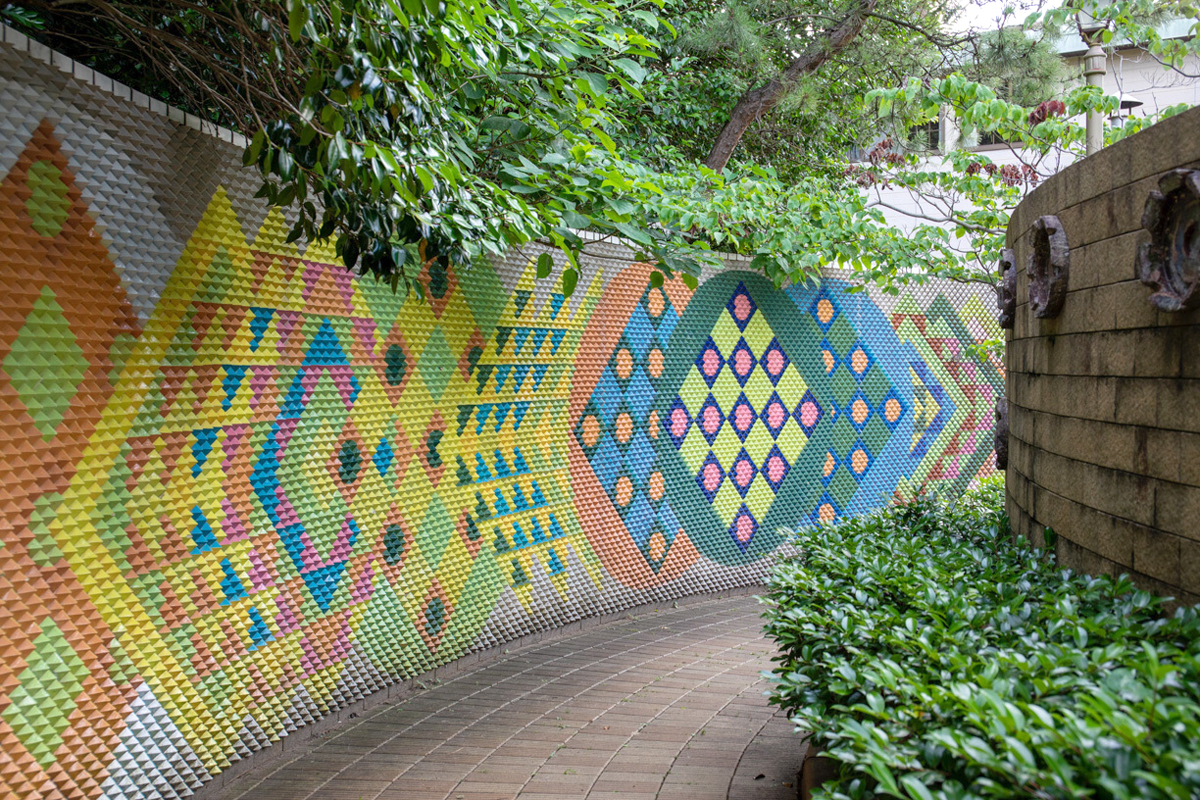 Halfway along the Pottery Footpath's A Course is the Climbing Kiln Square. Within this area are pottery monuments, climbing kilns, and an exhibition space and studio. Here you can take a kiln tour or experience painting your own Tokoname ware. Also pick up souvenirs or works by Tokoname-yaki artists. 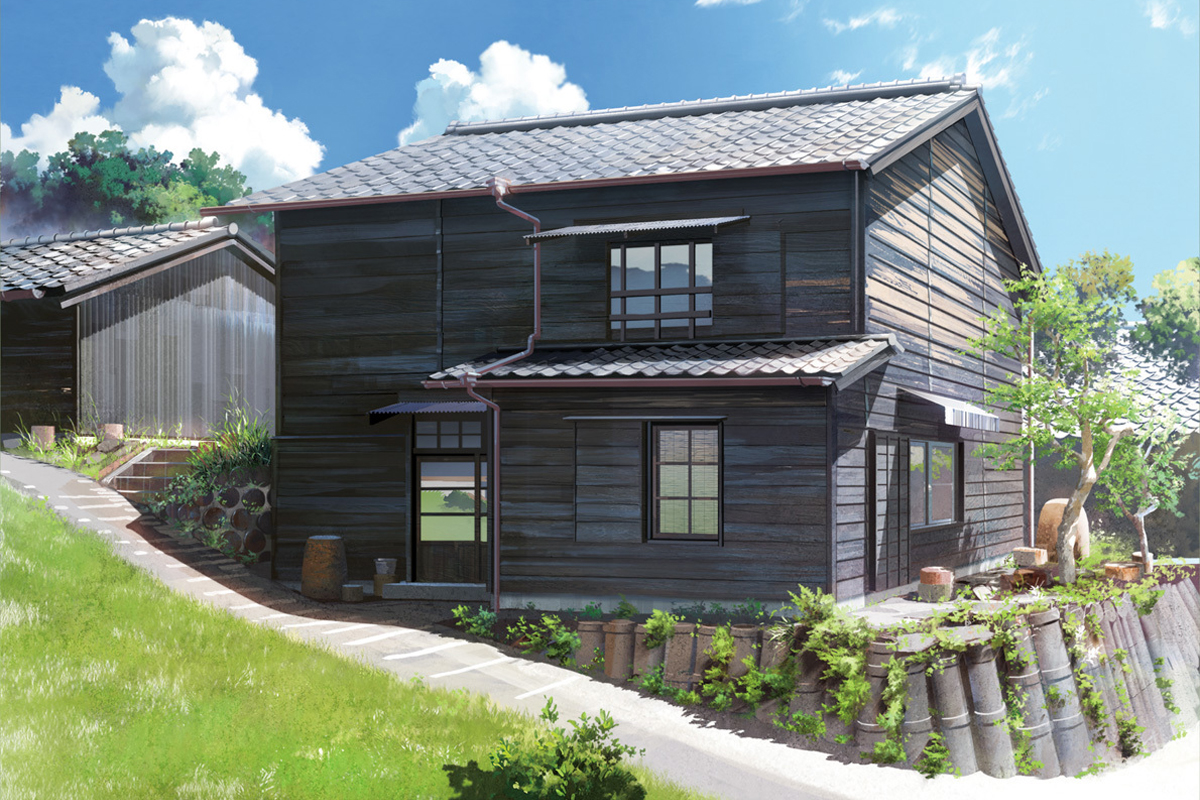 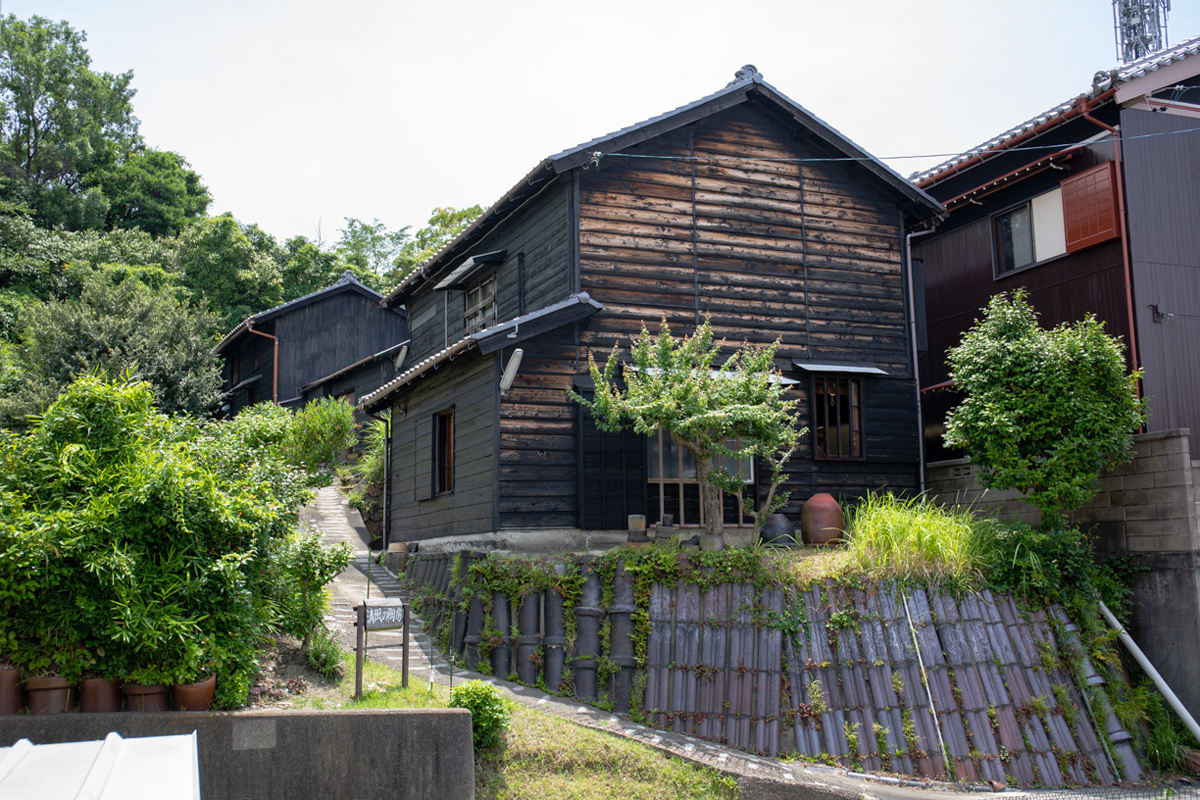 The model for the Hinode family house in the movie, Seifu’s Studio is representative of a ceramic carving artist in the Showa era and was the studio of Seifu Shibayama, the great grandfather of anime director Shibayama.
The studio is currently open to the public. 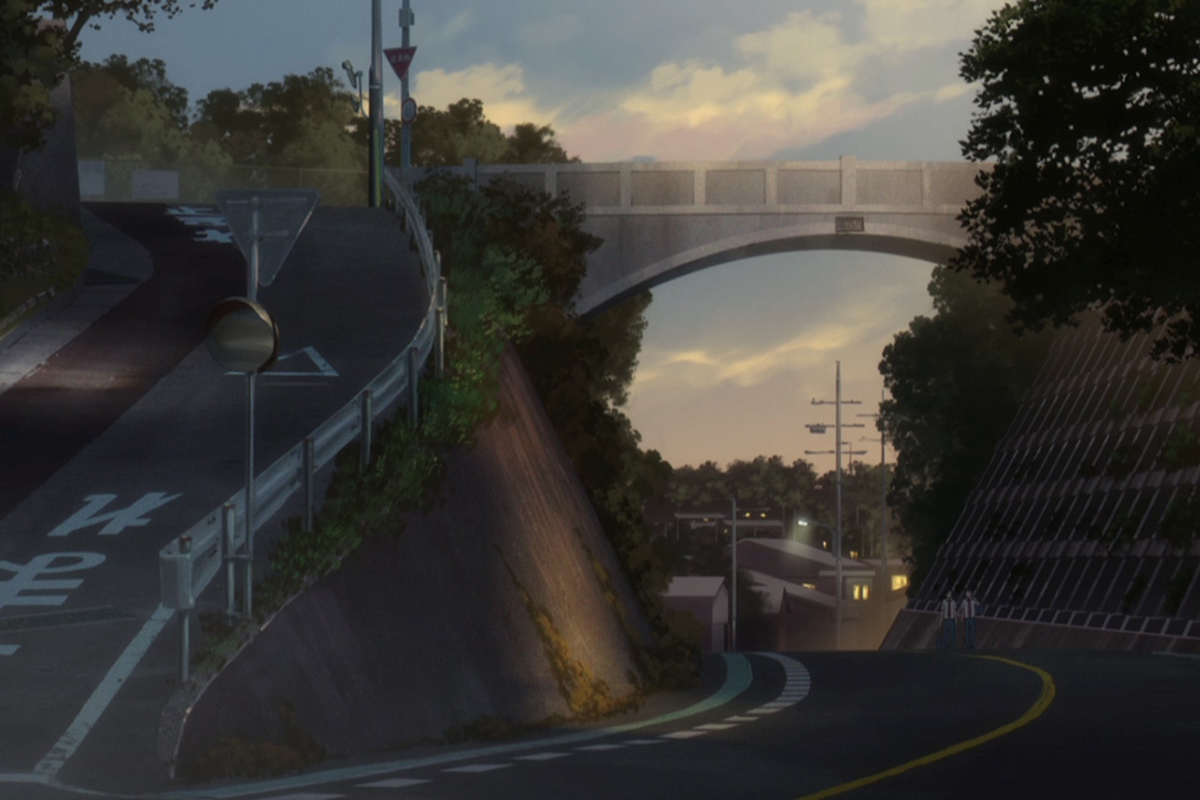 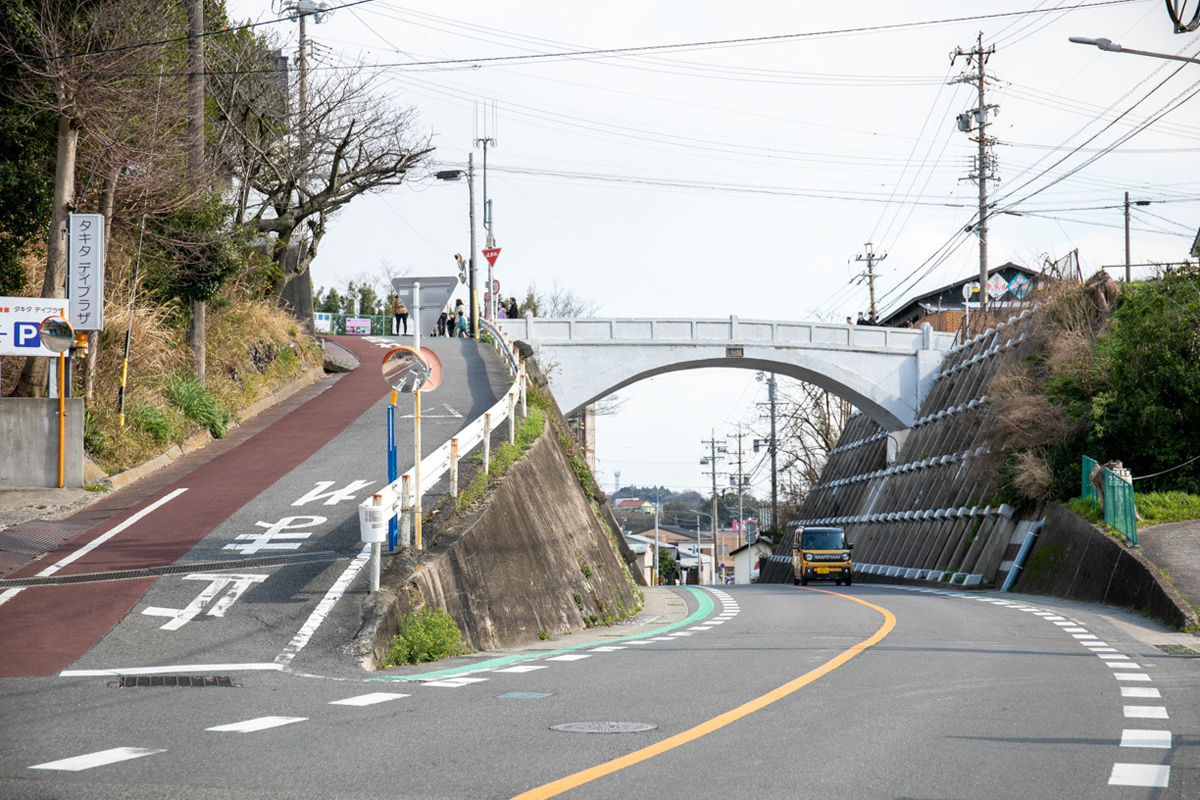 Built in 1921, Ichiki Bridge connects Sakae-machi and Togo-cho in Tokoname-City. Get a sweeping view of the pottery town from this long-standing and important overhead bridge. 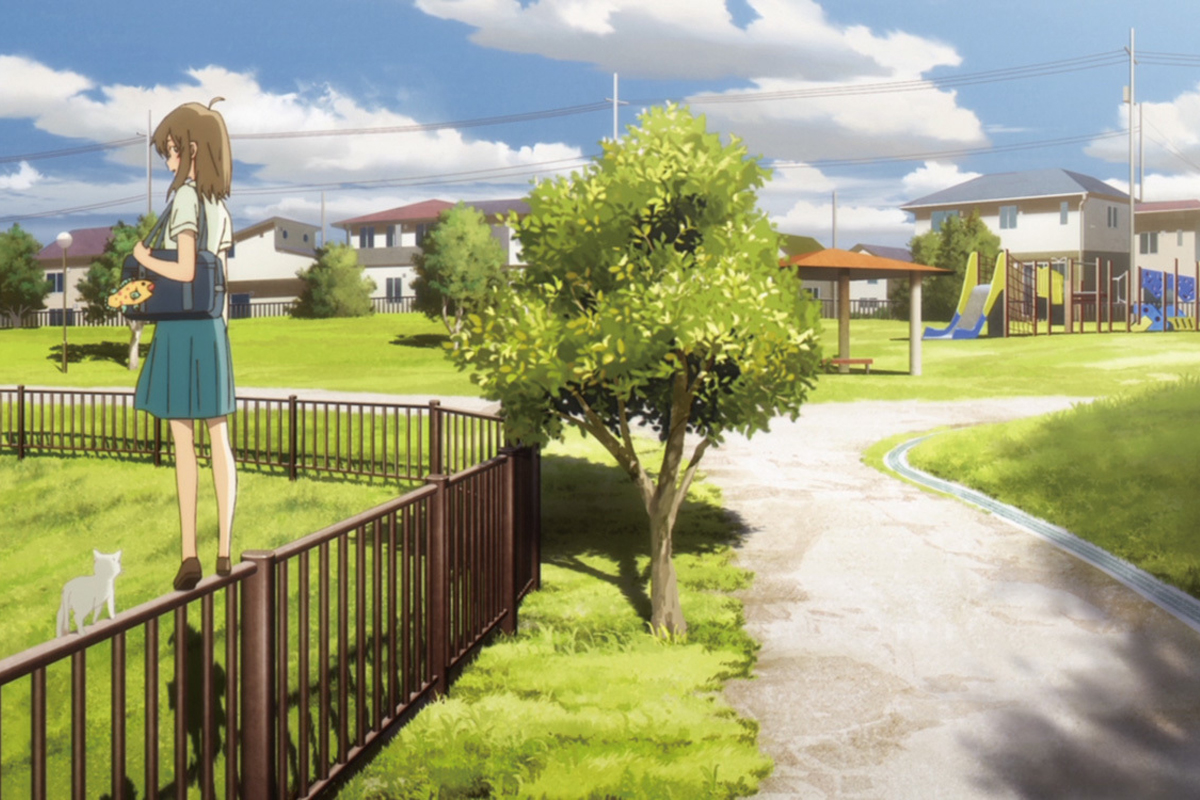 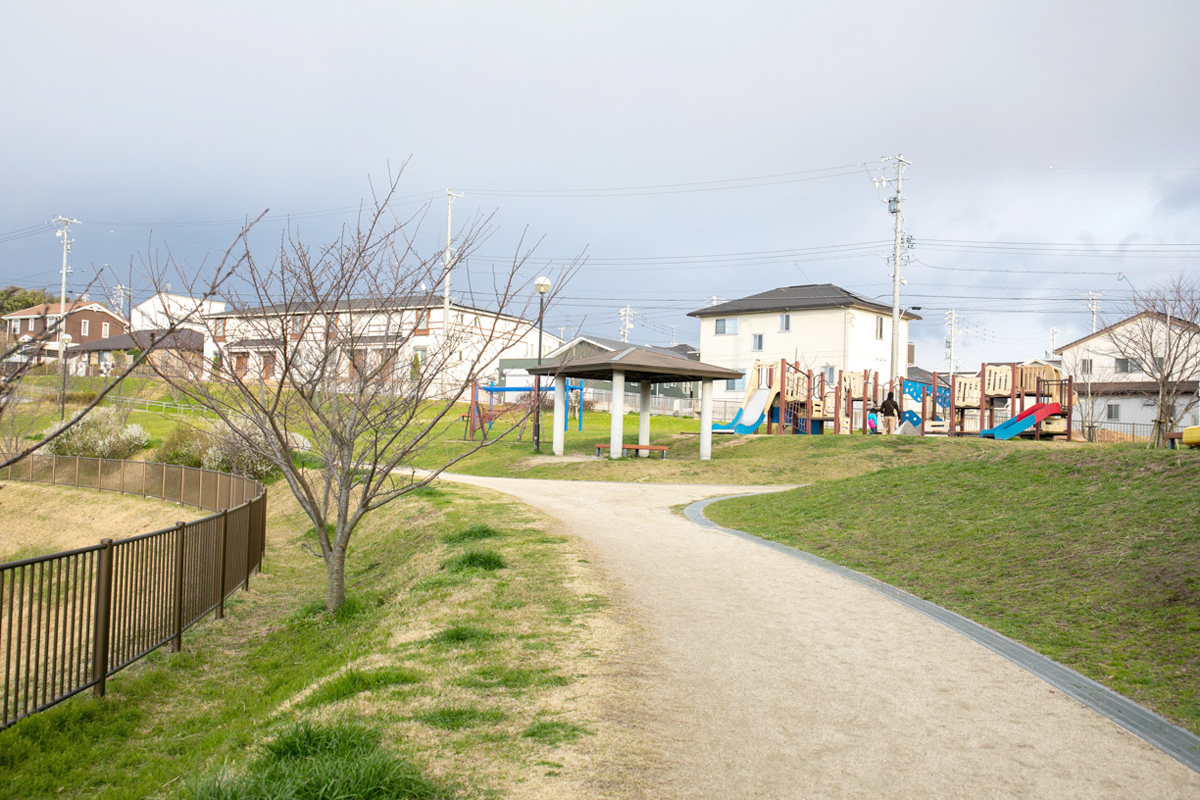 Approximately 1.2 kilometers east from Tokoname Station within Tokoname New Town (Asugadai) is Hojo Park.
The pond scenery together with the surrounding greenery are beautiful, and the park is often filled with lots of people. There are a large number of cherry trees in the park, great for enjoying cherry blossom viewing in the spring.

Many Other Spots Also Appear in the Film 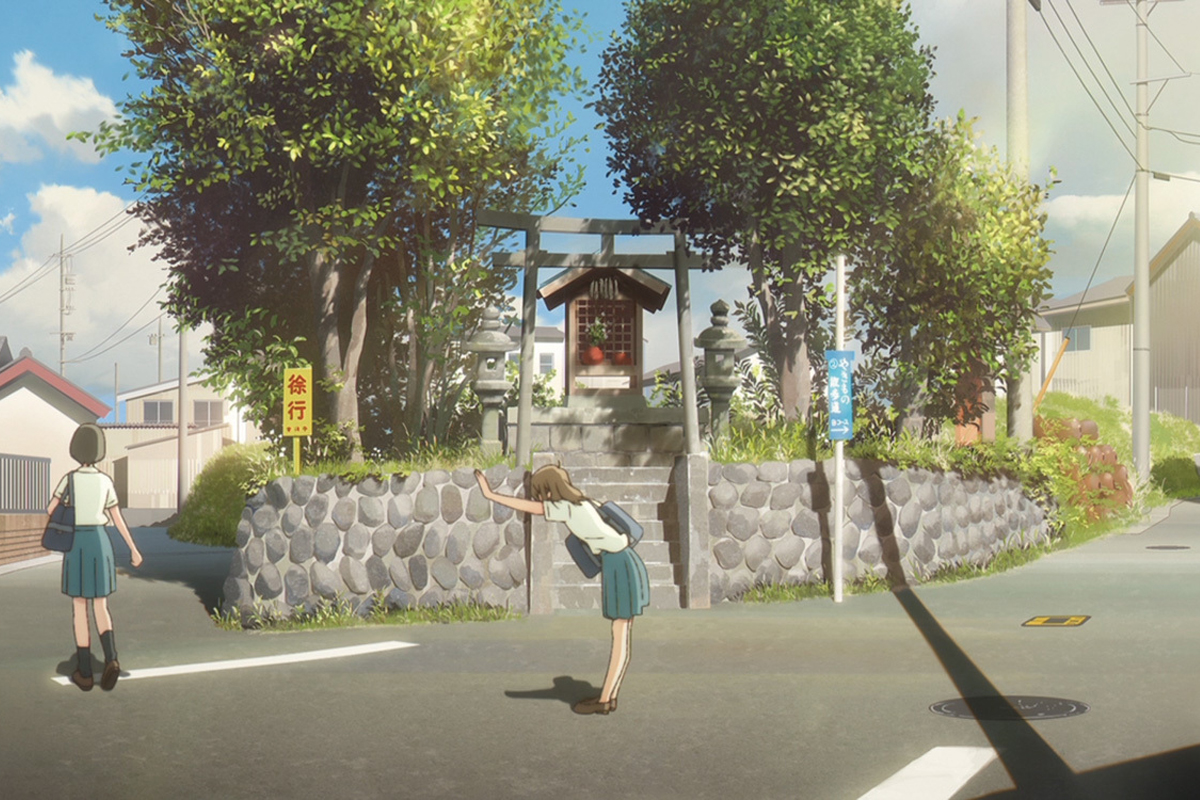 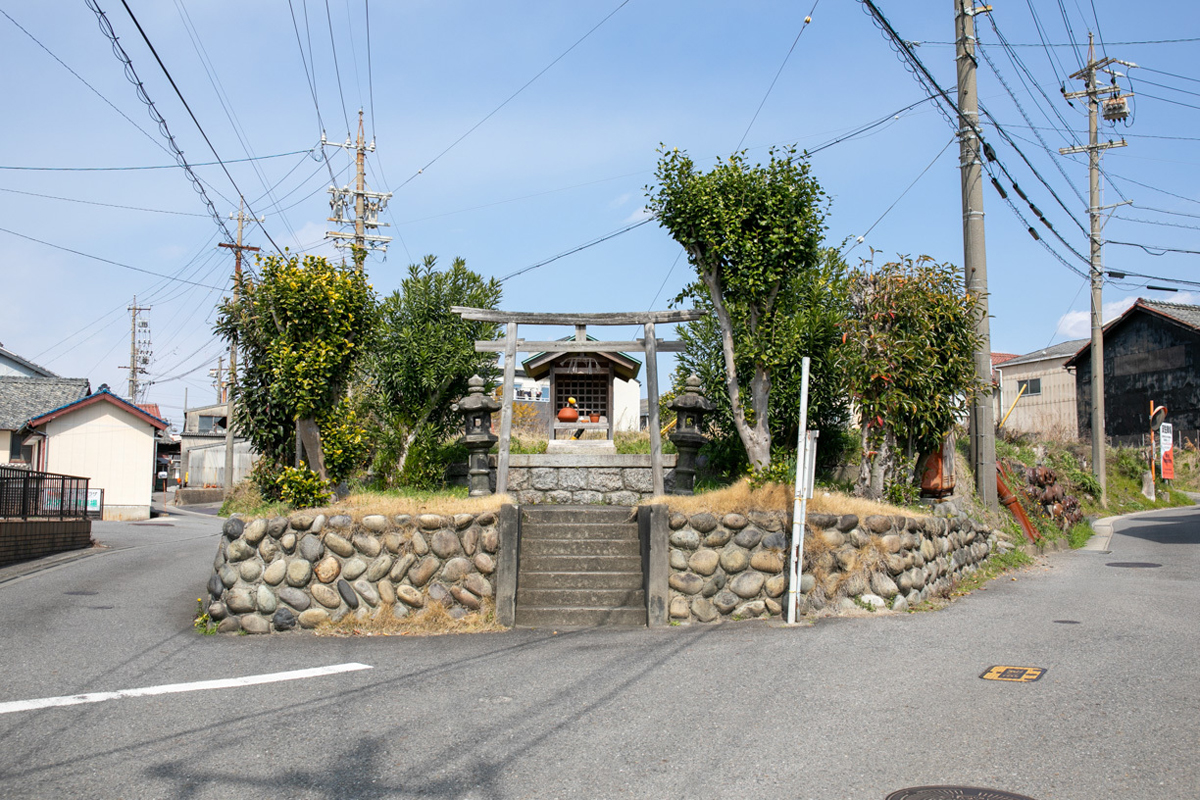 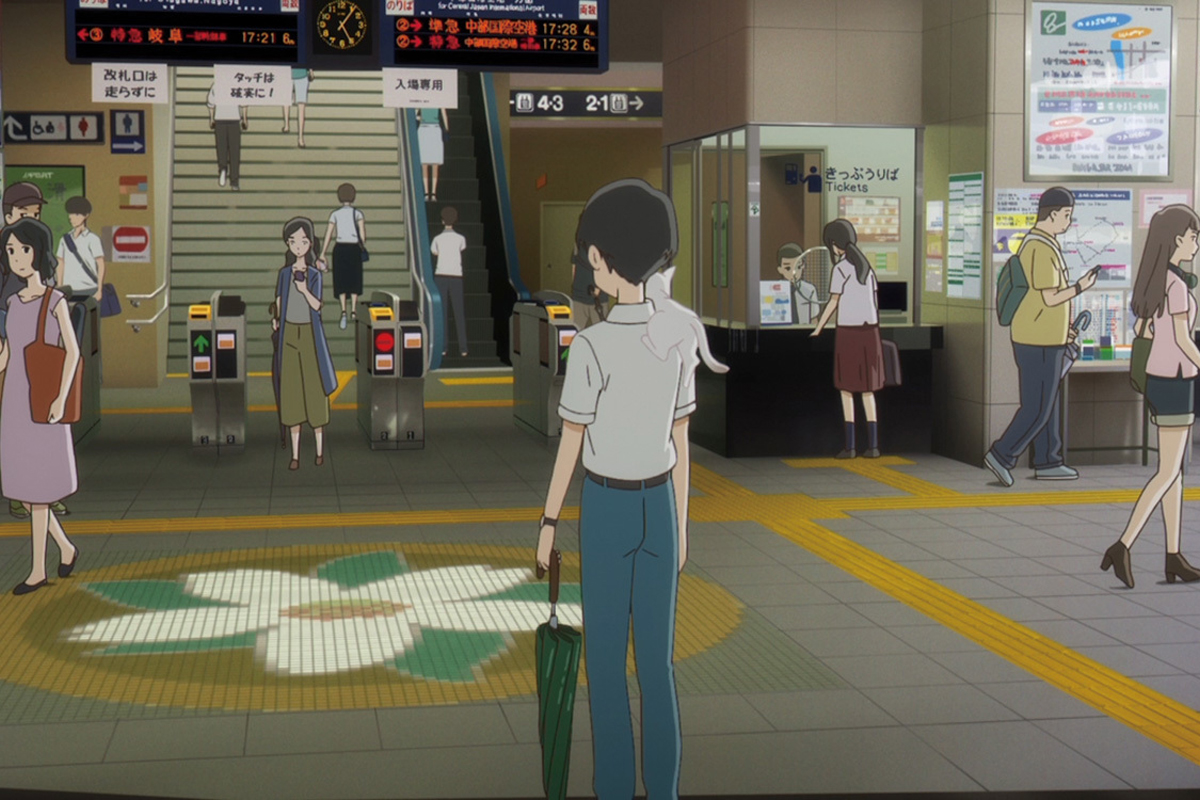 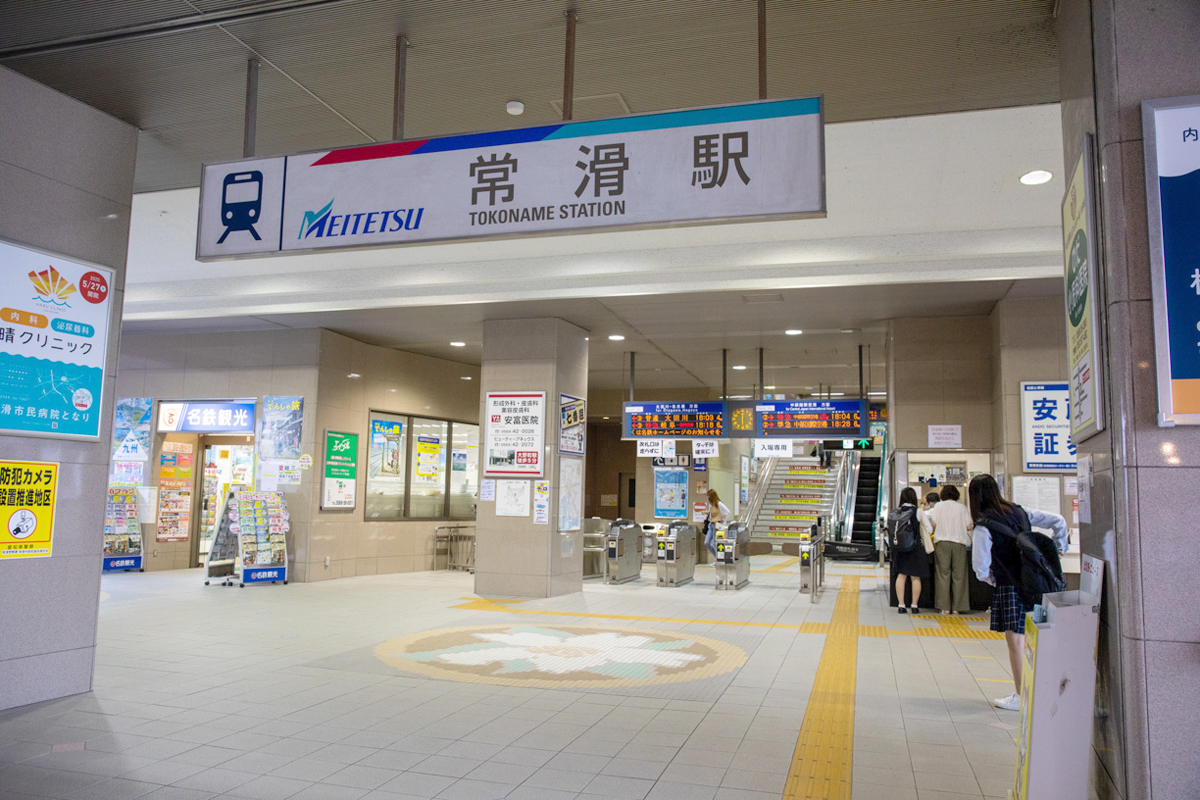 "A Whisker Away" Movie on Netflix

Tokoname teapots made from unglazed, reddish-brown pottery are said to make a tea's flavor more mellow. Tokoname-yaki quickly became famous for its characteristic earthy red color and charming design. These days, the many artisans who live here have won recognition not only for this type of pottery, but for various other works. The atmosphere of the early Showa era, when Tokoname-yaki was at its height, still exists in Tokoname-City, and the area has become widely known for historic industrial heritage sites. Recently, the town has seen a resurgence in tourists coming to see the trendy, creative pottery shops, galleries, and fashionable cafes.

Along the way from Meitetsu Tokoname Station to Tokoname City Ceramic Hall and the starting point of the Pottery Footpath is a concrete wall decorated with various cat statues made by 39 Tokoname potters and artisans, familiarly known as Tokoname Maneki-Neko Street. The highlight is the giant, traditional lucky cat statue Tokonyan, standing at 6.3 meters wide and 3.8 meters tall. Called "the best in Japan," Tokonyan gazes out over the town from the top of Tokoname Maneki-Neko Street. Tokonyan can also be seen from the platform of Meitetsu Tokoname Station or from the inside of the train.

Takita Family Shipping Dealer in Tokoname-City is the former residence of the Takita family, who ran a shipping business from the Edo period to the Meiji period. Built around 1850, the building was restored and opened to the public from April of 2000. Seasonal exhibitions of the Takita family's furniture, a valuable "mujinto" lamp (a self-refueling lamp that uses canola oil), models of Japanese ships, maritime history, and other exhibits are on display here.

One of LIXIL's global brands, INAX is widely known as a maker of sanitaryware ceramics which have become integrated into everyday life around the world. INAX MUSEUMS offers plenty of noteworthy sites and hands-on experiences with craftsmanship techniques developed in Tokoname. Within the grounds are six facilities where you'll be able to encounter a versatile world of clay and ceramics centered around the keywords of discovery and legacy.

Located in the Rinku area close to Chubu Centrair International Airport, Meitai Park Tokoname is a mentaiko (seasoned and salted pollock roe) theme park operated by long-standing mentaiko manufacturer Kanefuku. A fun place to visit, shop, and eat, take a free tour of the mentaiko factory where there are fresh mentaiko products for sale and even a mentaiko museum.

The Chubu Centrair International Airport, known simply as Centrair, is the world's gateway to Aichi. Centrair is both an airport and an entertainment complex. Inside Terminal 1 is the Sky Deck where you can observe planes taking off and landing, as well as restaurants, souvenir shops, and an observation bath with views of the airplanes in flight. Centrair is also gaining attention as a popular leisure spot with limited-time sales of popular sweets, unique events, and more.

FLIGHT OF DREAMS is an experiential airplane theme park built around an exhibit of the first ever Boeing 787 airliner. A fun learning environment for both kids and adults, the exhibit area FLIGHT PARK is centered around the Boeing 787, with digitally delivered attractions produced by the world-famous teamLab. There's also SEATTLE TERRACE, a shopping area where you can get a taste of the city of Seattle. *: FLIGHT PARK will end operations on March 31, 2021 and will be closed for renewal construction from April 1.